Read this article about the art associated with Sumer's oldest known cities, Ur and Uruk. What do these works say about the importance and role of administrative organizations in these early societies, as reflected in their artifacts?

The region of southern Mesopotamia is known as Sumer, and it is in Sumer that we find some of the oldest known cities, including Ur and Uruk.

Prehistory ends with Uruk, where we find some of the earliest written records. This large city-state (and it environs) was largely dedicated to agriculture and eventually dominated southern Mesopotamia. Uruk perfected Mesopotamian irrigation and administration systems. 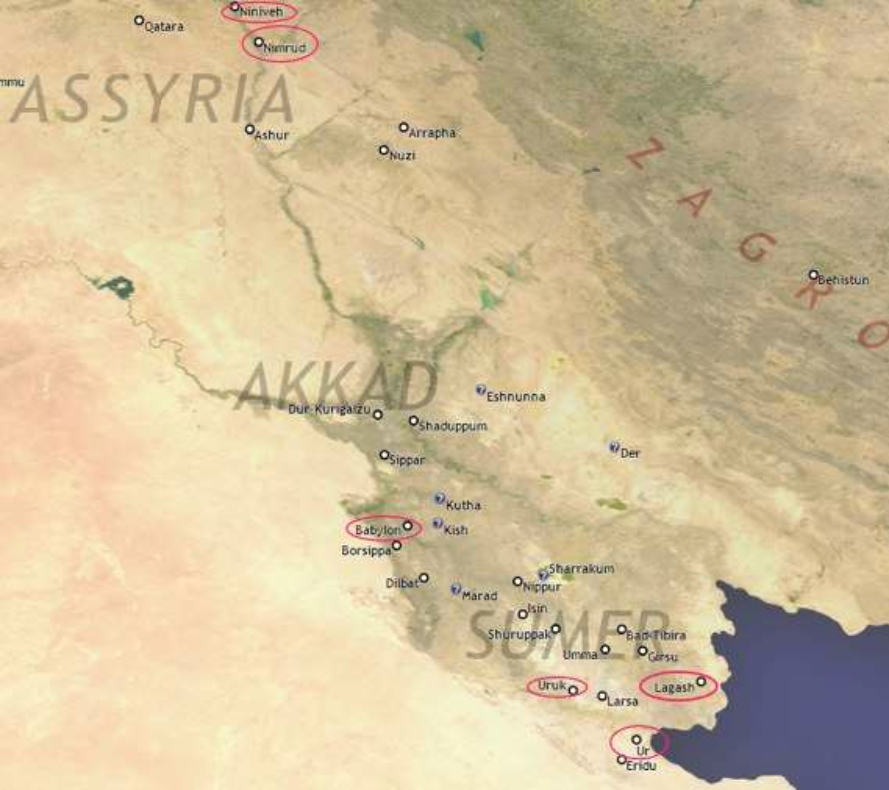 Map of Mesopotamia, Uruk is circled in the region of Sumer

Within the city of Uruk, there was a large temple complex dedicated to Innana, the patron goddess of the city. The City-State's agricultural production would be "given" to her and stored at her temple. Harvested crops would then be processed (grain ground into flour, barley fermented into beer) and given back to the citizens of Uruk in equal share at regular intervals.

The head of the temple administration, the chief priest of Innana, also served as political leader, making Uruk the first known theocracy. 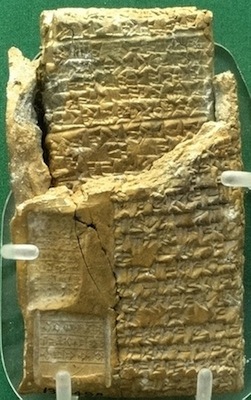 We know many details about this theocratic administration because the Sumarians left numerous documents in cuneiform script.

These tablets made of dried mud and many were sealed in clay envelopes and signed using cylinder seals. A cylinder seals is a small pierced object like a long bead that is carved in reverse (intaglio) with a unique image and sometimes the name of the owner.

The seal was rolled over the soft clay of a tablet and functioned as a signature. The minute images on these seals use a system of symbolic representation that identifies the political status of the owner.