Read this tutorial on principles of creative thinking. Creativity is a ubiquitous human activity, not just the province of artists and inventors. Human beings solve problems creatively every day. The nature of creativity thus incorporates both spectacular creative acts and more modest instances of creative reasoning. This tutorial explains what all forms of creativity have in common.

For many people, creativity is something reserved for scientists or artists. But this is to ignore the fact that we are faced with countless problems in our daily life, and it is precisely creative thinking that helps us come up with solutions to these problems. We need to make use of our creativity, whether we are thinking about how to earn more money or how to make our loved ones happier.

Principle One: New Ideas are Composed of Old Elements

Critical thinking is mainly about correct thinking. Creativity is mainly about alternative possibilities – how to come up with new and useful ideas. A new idea might be a new theory, a new product, a new solution to a problem, or a conception for a piece of art.

To come up with something new is to produce something that is distinctive and special. The practical implication here is that in order to be creative we must be ready to deviate from the ordinary and the traditional. Many people have the habit of following instructions and are afraid of challenging the status quo or exploring anything new. This implies a certain courageous exploratory attitude and curiosity in one's character.

But where do new ideas come from? The simple answer is that new ideas are actually old ones rearranged in a new way. So there is a sense in which it is true that "there is nothing new under the sun." This applies not just to the creation of concepts or theories but also the launching of new fashion or cultural trends.

How do we generate new ideas from old ones? Roughly speaking, ideas are usually composed of different elements. We look for new combinations of ideas, join different concepts together, delete some elements, and replace some components with others. Consider the idea of the mobile phone. This idea combines the ideas of a telephone with wireless transmission.

The first principle has a practical implication – creativity depends on the store of ideas that are available for recombination. If you have a limited knowledge domain, you have fewer resources to draw from when forming new ideas. This is why intellectual curiosity and a wide knowledge base can significantly enhance your creativity – you have more concepts, theories and experience to choose from. This is also why it is useful to consult people who have different levels of expertise to solve problems. 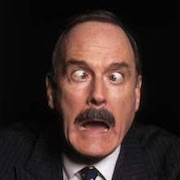 Creativity does not come from a vacuum or sheer determination. We begin by absorbing many ideas before we can come up with one ourselves.

You say, "I am going to write something completely new and original and very funny." You cannot do it. It is like trying to fly a plane without having any lessons. You have got to start somewhere and the best way to start is by copying something that is really good.
—John Cleese, comedian

Principle Two: Not All New Ideas are on a Par

Creativity is not simply a matter of coming up with new ideas. We value the kind of creativity that comes up with new and useful ideas, which address an important need or creates a new and impactful trend.

Cognitive creativity has two parts – the generation of new ideas, and the evaluation or modification of new ideas. When we need new ideas to solve a problem, critical thinking is necessary to help determine the relevance and effectiveness of the idea. To build a rocket that flies to the moon, you should not violate logic or the laws of physics. Evaluating a proposal to solve a problem must involve good critical thinking.

Creativity may require opposing usual conventions – new and important ideas may be lost if you are too critical. However, good critical thinking does not mean you always need to be negative. Experience tells us it is useful to brainstorm, that it may be productive to suspend your critical judgment, and you should list and contemplate new ideas before evaluating them to harshly. This practice is consistent with the principles of critical thinking. It is a serious misconception to regard critical thinking and cognitive creativity as opposed to each other.

Principle Three: Creativity is Enhanced by the Ability to Detect Connections among Ideas

Our store of ideas provides the ingredients to generate new ones, but it is important to remember that we often derive useful ideas from unexpected sources. A successful marketing campaign may appeal to certain psychological studies and relate to particular trends in the society. This involves seeing a connection between the subject matter one is interested in (the marketing exercise) and other subjects (sociology and psychology) which may seem somewhat remote.

Here is a real-world example. Consider Speedo's introduction of its fastskin swimsuits in 1996. A key consideration in designing a swimsuit for athletes is to reduce the total amount of drag over the surface of the swimsuit. The company's researchers noticed that sharks can move quickly in water due to their V-shaped ridges. They designed swimwear fabric to emulate sharkskin and produced less drag and turbulence. At the Sydney Olympics in 2000, 28 of 33 Olympic Gold Medal winners wore this type of swimsuit.

If we want to be creative, we must be ready to explore connections among different areas. First, we need a wide knowledge base. Creative people often read widely, have a great sense of curiosity, and are willing to explore topics that do not bring about immediate benefits. Secondly, we should ensure our learning processes aim at a deep understanding of the connections among key concepts. Studying is not simply remembering bits and pieces of unrelated information. We should examine information from different angles, and reformulate facts in a systematic way to achieve better understanding. 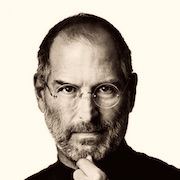 Creativity is just connecting things. When you ask creative people how they did something, they feel a little guilty because they didn't really do it, they just saw something. It seemed obvious to them after a while. That's because they were able to connect experiences they've had and synthesize new things. And the reason they were able to do that was that they've had more experiences or they have thought more about their experiences than other people. 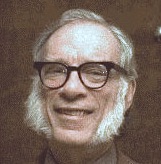 Isaac Asimov (1920–1992), the scientist and author, also talks about the importance of detecting connections between ideas. He wrote a special report about creativity where he said:

The history of human thought would make it seem that there is difficulty in thinking of an idea even when all the facts are on the table. Making the cross-connection requires a certain daring. It must, for any cross-connection that does not require daring is performed at once by many and develops not as a “new idea,” but as a mere “corollary of an old idea.”

It is only afterward that a new idea seems reasonable. To begin with, it usually seems unreasonable. It seems the height of unreason to suppose the earth was round instead of flat, or that it moved instead of the sun, or that objects required a force to stop them when in motion, instead of a force to keep them moving, and so on.

A person willing to fly in the face of reason, authority, and common sense must be a person of considerable self-assurance. Since he occurs only rarely, he must seem eccentric (in at least that respect) to the rest of us. A person eccentric in one respect is often eccentric in others.

Consequently, the person who is most likely to get new ideas is a person of good background in the field of interest and one who is unconventional in his habits. (To be a crackpot is not, however, enough in itself.)